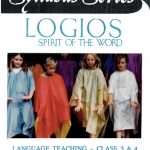 More on the origin of language from the Class 3 History of Language main lesson. According to the Danish linguist Otto Jespersen, we have five cutely nicknamed theories for the origins of language. There’s the bow-wow theory, according to which speech arose through people copying the sounds in their environment. Then there’s the pooh-pooh theory, […]

Euro-English Spelling Made Easier! (Anon.) The European Commission has just announced an agreement whereby English will be the official language of the European Union. As part of the negotiations, the British Government conceded that English spelling had some room for improvement and has accepted a 5-year phase-in plan that would become knows as “Euro-English”. In […]

The Pure English Written Consonants as Derivatives of the Twelve 10th Civilization Levantine (‘sun rising’) Zodiac Signs. These begin in Taurus to reflect the vernal rising during the Egypto-Chaldean-Sumerian-Assyrian-Babylonian period. For details see History of Writing main lesson. Collectively these, as birth signs, are the image of the ‘body’ of man. The double consonants, like […]

GAURDIAN OF GOOD SPELLING See how many commonly misspelled words can you find. Get your children to do likewise (There’s 20 actually!) Ah, Saturday at last; now to put the old feet up and enjoy my quality weekend newspaper. It’s so reassuring to know that high literary standard haven’t gone the way of flared pants. […]

Next in importance to vision, we humans are audio beings (L. audire, to hear). This is a great little earner when associated words like audience, audiophiles and auditors are considered. The faunal evolutionary road to hearing has not been easy. Most of the eons have been spent incarnating the invertebrates – and none of these […]

Acronyms are breeding like fire ants and can be just as deleterious to literal well-being. Some are nice though, like Qantas and CSIRO (affectionately Siro). Others are imposed on a word-fatigued world with bureaucratese pretensions, like: Pearl recommends the IRFS to BSC for their LES so that RCC won’t build the DAM – sorry, dam. […]