Whenever I see this picture I don’t immediately see the gorgeous sunrise or the vibrant colors. First, I remember the photos that I no longer have. They were from the same roll of film but they are no longer with me because they were purchased by a studio in Hollywood a long time ago to dub into a film called “Stargate”. I remember them because it was such a strange phone call I receieved one day.

STUDIO: Hello, can I speak to Kristie Burns?

STUDIO: Hi, I am from studio &lt;&gt; and we need some pictures of the pyramids for the Hollywood Movie Stargate.

ME: Who is this again? Lorraine? Is that YOU? (thinking this was a joke from my friend Lorraine)

STUDIO: No, really, I am from the studio &lt;&gt;. We received your name from Nancy at the American University in Cairo.

ME: Oh! Sorry. What did you need again?

STUDIO: We need some pictures of the Pyramids that don’t have any people in them. All the pictures we have searched through Blackstar and the other stock agencies all have people or foreground images or camels.

ME: I have some without people (honestly they were going to go into the trash bin the next day because who wants pictures of the pyramids without people anyway? LOL)

STUDIO: Can you send them to us so we can perhaps use one?

ME: What movie is this for again?

ME: (thinking what person would name a movie Stargate and what kind of low-budget flick was this anyway) OK, can you provide me with your name and address? (Thinking, well, they were going in the trash anyway…so I can risk sending them to some low-budget random film I guess).

STUDIO: I can also give you our FEDEX number.

Two weeks later they send me a thank you letter, a couple mini-posters of the film promotion with the names of some actors I actually recognized and they paid me for three of the photos and used one in the film! I had no idea what a big deal the film was until years later when it became well-known and then became a famous mini-series. I like thinking about my photo being dubbed into the opening scene of the first movie of a series that boasts of being “the longest running science fiction series” in television history. I LOVE science fiction!

I’ve only watched the opening scene about five times but I can definately recognize my photo!

So how did I manage to get photos without people in them anyway?

Today you can’t get a photo like this because the Egyptian government has put safety walls around the pyramids and added a few tourist buildings to the site. Even back then it was hard to get pictures that evoked a mood of timelessness. Usually the pictures were filled with mini-skirted tourists, kids with binoculers and camels.

To get the photo above I stayed up until 2 in the morning and then took a taxi to the pyramids with a gentleman I had met through a friend who was also a photographer. He had a friend at the pyramids who didn’t mind letting us in early and illegally to the grounds as long as the guy brought “a pretty woman and some money”. 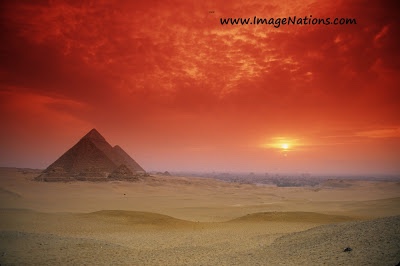 Now don’t even think it! All I had to do was smile and be nice to the guy and pay him some money. He didn’t require any more services.

So we were mounted on the back of some quiet horses and rode in the dark to the top of a sand dune overlooking the pyramids. We arrived on the hill and it was still dark and very very cold. We got out our tripods and our camera equipment and set up. We watched the sunrise over the city and over the pyramids and took as many photos as we wanted to.

We were in the middle of taking photos when our guide said “pack up!” The police had spotted us and were coming towards us on camels. Somehow we packed up and managed to take a back route out of the area. By the time we arrived at the stables there were other tourists around and it was impossible for the police to tell who they had seen at a distance on the pyramid grounds.

We chatted with them casually and went on our way – giggling all the way back like a couple of High School students who just TPed their teacher’s front lawn or something. 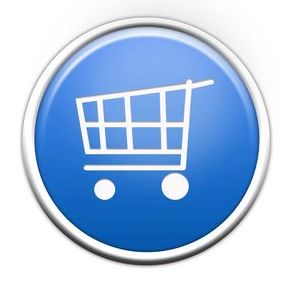 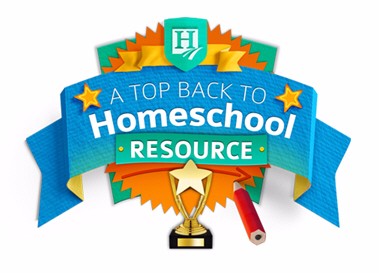 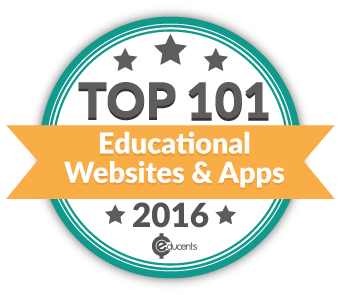