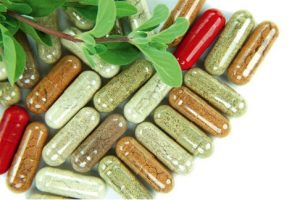 I lived in Saudi Arabia for a brief period while my husband worked for the Saudi-American (Aramco) oil company. Because things like men and women dancing together and Christian holidays were illegal Expats of some cultures had to use code words like “group exercise” or “seasonal celebration” and “jolly visitor”.

During that same period of time I took a cultural tour to Iran where, as tourists, we were informed that wearing a headscarf was the law. So we did. Only to be told by more than one resident, “You don’t have to wear it so tightly, just casually drape it on your head, that will fulfill your legal obligation”. This is a small example of how Iranians (Historically known as Persians) have been very wise and adept at living their peaceful cultural life within the ever-changing boundaries of different government entities.

At the time I was traveling and observing these cultural and political “dances” I felt they were very unique and unusual circumstances. I admired the creativity of the Persians and the political compromise of language between Expats and the government in Saudi Arabia. What has surprised me since then, though, was how often I have encountered these two situations again – in the world of alternative therapies.

I’ve been an alternative therapist for twenty-five years and have been amazed at the constant changes and battles that happen in the area of natural healing. At the core of the profession, however, nothing changes. Just as they did in Saudi Arabia and have done in Persia historically, traditional healers have simply become adept at weathering the changes and remembering who they are and why they do what they do.

To become adept and still maintain a professional, ethical and legal practice alternative therapists have needed to be aware of some of the issues that dominate the market. By staying focused on why they have entered the field of alternative therapies they stay focused on their goals and who they are. If they lose site of those goals in the distraction of rumors and misinformation then they are not able to spend time doing what they want to do – help others, and have a career as an alternative therapist.

I Want to Be a Naturopath

“Traditional (or Authentic) Naturopaths” become adept at various skills within the realm of natural healing and alternative therapies and are trained to view each person as a holistic being. They are also trained to be able to help balance and improve the well being of individuals based on a holistic point of view. They usually have a great number of skills in their “toolbox” such as reflexology, homeopathy, herbology, iridology, aromatherapy, nutritional therapy and more. This is what the word, naturopathy has meant for thousands of years.

However, a very recent movement (only around 30-years-old) has sought to merge the fields of physician and naturopath. These medical naturopaths are required to take the same classes as a physician would take. The only difference is that they will supplement their education with some classes in alternative therapies and that they will usually apprentice with a naturopath, rather than an MD. The naturopaths they apprentice with will be medical naturopaths, many of whom run a practice, which is very similar to that of a medical doctor.

Traditional naturopaths in many regions, some of whom have practiced legally for years, have found themselves in a unique situation. How do they continue to practice legally? And how is it fair for a different branch of naturopathy to take their name away from them? What name do they use now? It IS still legal for them to use the term Ph.D. after their name. But what else do they call themselves now?

This is not yet an issue for everyone. Most states and regions do not yet have laws that restrict the use of the term “naturopath”. However, if a person’s state or region does have such a law they will want to consider their goals (based on the two below) in choosing a path and a new name.

Jennifer Potruff, a Doctor of Natural Health (who also holds the titles of MH, DI Hom, DNH, OMD, VND, and DO), talks about her decision making process, “I looked into a MD program and thought about doing that and then going the integrative medicine route, only to find out that insurance companies don’t cover it…and then they have the legalities that the medical doctors have when it comes to alternative medicine.  So I decided against it.”

I Want to Help People

The wisest and most professional solution has been to simply be familiar with and adapt to the ever-changing laws. Why? Because, as a professional, a health care practitioner is required to do this. Nobody is exempt from these laws. Rumors abound that if you are a medical naturopath or doctor you can easily “practice legally”. In fact, some medical and medical naturopathic schools make it sound like you are given a “free ticket” for helping people after you graduate and will not be able to help anyone legally unless you graduate from their particular institution or with one specific degree.

However, this could not be farther from the truth. Did you know that the laws governing medical naturopaths and doctors are some of the most restrictive healing laws in the world? A health care professional would be very unwise not to be familiar with the laws of his own profession. The medical naturopath has a legal forest to navigate. Even a doctor has restrictions in the area of natural medicine.

Thus, anyone wanting to help others and join the profession of alternative therapies – medical naturopath, traditional naturopath, medical doctor, or any other health care practitioner, needs to be familiar with the law and know how they can still help people within the current laws of their chosen profession. If you are a doctor, there are laws about what you can say about herbs and other alternative therapies, there are even laws about how you can suggest these modalities to your patients. If you don’t do it the right way you can get sued for malpractice. That is right, a doctor prescribing herbs can get sued for malpractice. The same laws apply to medical naturopaths. Traditional naturopaths also have restrictions, but these differ from those of a doctor or medical naturopath. In many ways they are more lenient. In some regions it simply involves the use of the term “naturopath” and other terms like “heal” or “prescribe” rather than any specific restrictions on practice.

However, in none of these cases does it change how a person dedicated to helping others can help. If a person is thinking of becoming a medical naturopath, traditional naturopath or doctor and they are doing it to help others, they must remember to keep their focus on that goal. One should learn the legalities that govern them and work within them to help their clients. Following the law when helping ones clients is the most responsible way to be a doctor, medical naturopath, traditional naturopath or health care professional.

As a side note – if a person is pursing studies as a natural healer to help themselves or their family there are very few laws that govern this.

I Want a Successful Business or Career

Running a business requires an entirely different set of skills. If a person’s goal in pursuing alternative therapies is to start a business this person needs to focus on their business skills – and not their title – for this aspect of the business. The business owner will need to either hire someone or cultivate their own skills in the areas of public relations, accounting, marketing and medical law.

The good news is there are usually groups that can help you with these things. The Avicenna Institute of Natural Therapies offers help in the area of starting a business – it is called “Legal and Ethical Consultations”.  They also offer free support in that area through their active student lounge. Students can visit the student lounge any time and chat with other students and professionals in the field to exchange information and ideas about how to make their business more successful. The American Naturopath’s Association, which they are members of, offers help and news about the laws of being a naturopath or other kind of natural therapist, and there are many other resources out there as well. The SBA (small business administration) is also a great basic resource for the basics of starting a business. When choosing a name for themselves, business owners will want to consider carefully the marketing quality of the name and the audience they are trying to reach.

I could write a book on this topic but I will give two short examples since a book will not fit into a blog post or newsletter. Example 1: If a person lives in a region where there are a lot of medical naturopaths they may not want to use the term naturopath (even if they legally can) as a title because they may want to distinguish themselves in a different way. Example 2: If a business owner knows a lot of people who are interested in herbs but know nothing about homeopathy they may want to open their practice as an herbalist. They can still use homeopathy and teach people about it, but the name “homeopath” would not be the best business choice in that situation.

From this short conversation I hope one can see that the best name choice for a title or business is one based on business factors and not other factors. Every student of The Avicenna Institute earns a number of certifications on their path to becoming a naturopath. They can choose to use any of those titles in their professional career or we can help them create a unique branding for their business.

What experiences of you own can you add to this article? We want to hear from you!