You are here: Home / Teachers / Inner Work / How to Reduce Your Carbon Footprint 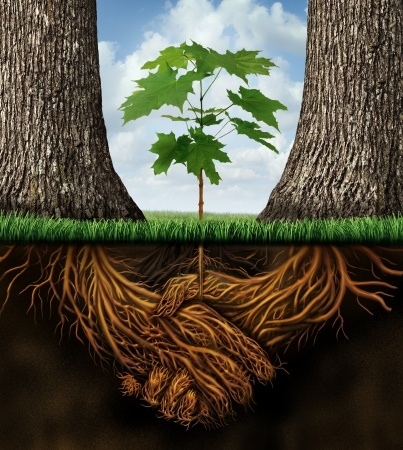 The other night I was watching The Colbert Report and saw a very funny interview that Steven Colbert did with the head of the Sierra Club. For those who are not familiar with The Colbert Report it is a “fake news” show with the host pretending to be an extreme conservative who reports on Liberal and Democratic news items.

At one point in the interview Colbert says, “So if you are so into the environment then you must have walked here – right? You wouldn’t want to take a plane and use all that fuel.” The gentleman responded that he did take a plane, of course. He stated “It is all about the carbon footprint you leave and how big that is. Nobody can live in today’s world and not leave a footprint. How big that is depends on YOU.”

Of course, Colbert, says, “Well my carbon footprint is REALLY big! You know what THAT means…right? (wink wink).”

If more people were to see change in terms of “footprints” rather than individual actions, we might have a lot more peace between those of us who are on the side of the environment and natural living and healing. However, one reason we do not have the unity we need in the environmental/natural living community is that we often spend too much of our time policing each other.

It seems everyone is busy watching each other – making sure they are doing the “right thing”.

However, what if we looked at these things as we look at the FOOTPRINT? What if we look at people’s intentions and their over-all commitment to a cause rather than one thing they are doing?

Of course, in using the “footprint” method we are focusing on the negative aspects. This can be helpful when measuring progress and setting goals. However, it is often most helpful to spend most of your time focusing on the positive. Know what your footprint is but focus on what you are doing to change it! And encourage others to have a positive focus as well.

This week, let’s work on more unity with our peers in the natural living and healing community. As an exercise – choose five-ten people you know and write down three things each of them are doing for the environment, their health or their children. Then be sure to encourage them this week and let them know how much you appreciate them being part of your community!