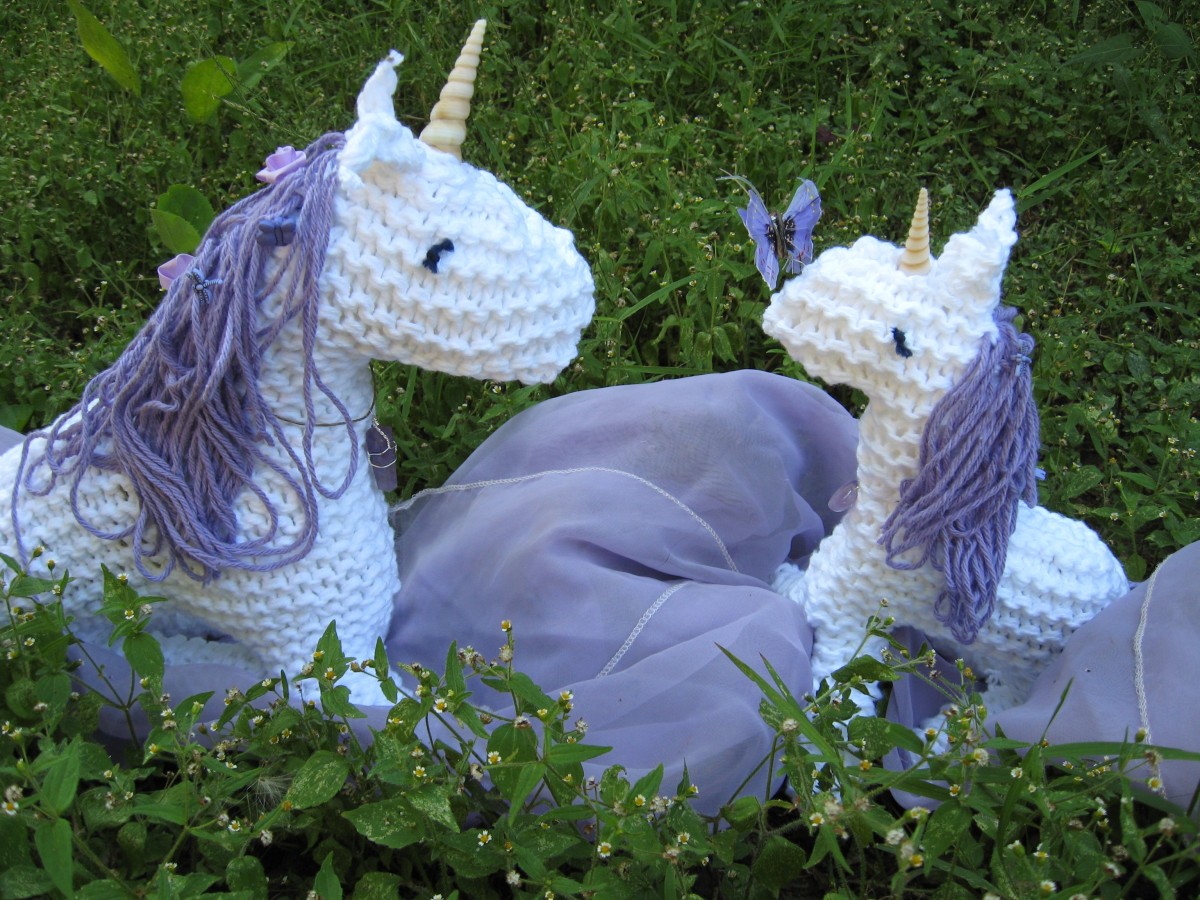 Lily the little lavender unicorn was a sweet girl and very curious. She was always asking her mother questions like,

Lavender, Lily’s mama, loved her dearly but she became weary of all the questions and started to answer them with shorter and shorter answers. So the first day Lily asked, “Mama, why are butterflies painted?” Her mama replied, “Butterflies are painted because mother nature is protecting them from predators. Butterflies sometimes blend into their environment and sometimes they are painted to look like more frightening insects so the birds will not want to eat them.”

The second day Lily asked, her mother replied, “Butterflies are painted because Mother Nature is trying to protect them.”

Lily became confused that all the answers were different every day so she decided to find out the answers to all her questions alone. So she asked her mother,

“Mama? May I go exploring in the long grass?”

Now, of course her mother did not want Lily going exploring in the long grass. The grass was taller than Lily and there were snakes and spiders and other animals there. There might be rabbit holes she could fall into. She might even get lost and go far away. But Lily’s mother didn’t really hear the question. She was just saying “Yes, dear” because that is what she had been saying lately.

Lily didn’t know that so she ran off into the long grass while her mother was busy grazing and eating clover in the meadow. She didn’t really know where to go, but just then she saw the thing with long ears that was hoppity hoppitying and she decided to find out what THAT was too. So off Lily galloped, after the hoppity hoppity thing. But the hoppity hoppity thing was very very quick so Lily soon lost track of it and stopped to rest.

Lily Sighed. “That hoppity thing must be a fairy because it disappeared – so it must have magic.” Just then she realized that the sky was gone. All she could see was green grass all around her. Up, down, to the side and all around. It was very strange and a bit scary. Where was the sky?

“Oh no! The hoppity hoppity fairy has stolen the sky!” she said to herself, “I must go warn the other creatures in the meadow.”

So Lily galloped through the green grass and soon she came upon a nice big fat earthworm who was burrowing himself in and out of the soft dirt.

“The hoppity thing has stolen the sky!” warned Lily.

‘What is a sky?” asked the earthworm.

So Lily went on her way.

Then Lily saw a grasshopper. He was hopping in and out of the grass. One minute he would disappear and the next moment he would be on the ground again.

“The hoppity thing has stolen the sky!” warned Lily.

“Oh, don’t worry,” said the grasshopper, “The sky comes and goes. Sometimes I see it and sometimes I don’t. It is a very silly sky. I am sure it will come back soon. See? There it is…oops…there is goes…there it is….there it goes….”

Lily had no idea what the grasshopper was talking about so she went on her way.

She was running so fast she scared a butterfly out of the meadow grass.

“What? You mean if I fly up out of this grass there will be no sky?”

“Yes, said Lily. The sky is gone. There is no telling WHAT is out there!”

“We can find my mother,” replied Lily, “She can do anything.”

So the butterfly and Lily wandered through the grass calling “Maaaaamaaaaaa! Maaaaamaaaaa!”

“Can I ask you a question?” said Lily.

“Sure.” said the butterfly, who was tired of yelling “Maaaaamaaaaa”

“Why are you painted?”

“Oh, that is easy,” replied the butterfly, “I am painted because when I was born my mother chose the most beautiful and fashionable clothes for me because she loves me.”

‘You mean it is not to protect you against preda…preda….prediters?”

“Nevermind,” said Lily. She had not meant to scare him.

“What is THAT?” asked Lily.

“Oh. That is the wind talking.” said the butterfly, “It is saying:

Butterfly glide
On the poem
I recite
As I blow
Through the sky.

“Wow!” exclaimed Lily. I always wondered what the wind was saying.

Just then the wind’s voice came closer and closer. It was now saying Lily’s name.

Lily ran towards the voice and the butterfly followed her.

“Mama!” said Lily. She was so happy that she jumped out of the grass with joy to kiss her mama on the nose.

Just then, the butterfly, perched on her nose said, “Lily! Look! The sky is back!”

“See? I told you my mother could do anything.” Lily replied proudly.

“Well, I need to go home to my mama too,” said the butterfly.

‘Thank you for answering all my questions,” said Lily to the butterfly, “Now I know that butterflies are very fashionable, that the hoppity thing is an evil fairy that can make the sky disappear and that the green grass hides many strange creatures. Right mama?”

But Lily’s mama was just very happy to see her and gave her a big kiss on the nose and said, “Yes, dear.”

If you want to read more knitted fairytales visit our bookstore HERE.