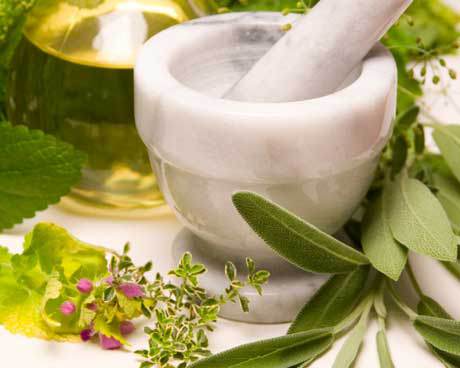 All forms of dairy contain two main types of protein, casein and whey. The casein in cow’s milk is often considered more dangerous than the casein in milk of sheep or goats because most cows have far more A1-beta caseins in their milk. T. Colin Campbell, the author of The China Study, says through his studies he has found casein to be the most relevant cancer promoter ever discovered.  Because casein digests so slowly, natural morphine-like substances in casein known as casomorphins, act like opiates in the body as they enter the bloodstream. Just minutes after you eat a dairy-based food, the casein protein begins to break down. This releases the drug-like casomorphins, which attach to opiate receptors in the brain and cause severe addictions to dairy products (hence the reason they keep people coming back for more.) Casomorphins trigger such an addictive response that they’ve been compared to heroin in terms of their strength to cause food addictions and mood disorders. Casein’s slow digestion rate also puts great strain on the digestive system. Dr. Frank Lipman (an Integrative and Functional Medical expert), explains that the body has an extremely difficult time breaking down casein. Dr. Lipman says that common symptoms of dairy sensitivity due to casein are: excess mucus production, respiratory problems and digestive problems like constipation, gas, bloating, and/or diarrhea. Dairy intolerance is also known to cause skin issues like acne, rashes, and redness or irritation. Skip the casein and try eating more of these Inexpensive Vegan Foods That Brighten Your Skin instead!

You’ll find casein listed as either of the following: casein, caseinates, calcium caseinate, potassium caseinate and sodium caseinate. Most of the protein in milk is casein, but there are different kinds. The two most common ones are A1 and A2 beta casein, and they have very different affects on our health. A1 has been associated with ill health and disease, but A2 has not. If you consume dairy products, it’s important to purchase those made from milk with little or no A1. Most people think of black and white cows as the source of their milk. These animals, called Holsteins (the U.S. breed) and Friesians (the European version), are the most common sources of milk on the market. These large, high volume milk producers are most commonly used by big corporate dairy farms. They are typically given bST (bovine somatotropin—a hormone used to increases the cow’s milk production), and provided with special feeds of corn and synthetic vitamins rather than grass. These cows produce milk that contains higher amounts of beta-casein type A1, a protein that behaves like an opiate and has been associated with chronic illness. (Reddish colored cows, including Ayrshire and Milking Short Horns, are also in this category and less common.) The other types of dairy cows are smaller, and brownish and white in color. These are called Jersey, Guernsey, and Brown Swiss cows. They produce lesser volumes of milk, are naturally resistant to disease, and convert grass to milk quite efficiently. The level of A1 casein in these animals is very low, and they have higher levels of A2. Their milk is similar to that of other animals including goat, sheep, buffalo, yaks, donkeys, and camels—milk from these animals contain mostly A2 and little A1.

Research shows a strong association between the consumption of A1 casein and various health problems. Numerous studies, including data from the World Health Organization (WHO), have linked A1 with increased risk of heart disease, high cholesterol, type 1 diabetes, sudden infant death syndrome, and neurological disorders, such as autism and schizophrenia, and possibly allergies. But these health issues are not associated with consumption of A2 casein.

Once a month on the student blog here we spotlight an excerpt from a student exam that we felt stood out to us. Thank you students for your continued hard work! Remember that exams are marked once every 6 weeks with a break in November and December. If you have not received your exam back (you would receive an e-mail with a link to your student folder) please let us know at: CustomerService@TheBEarthInstitute.com