I love Earthschooling because we spend so much time out of the “traditional classroom”. I adore books and have shelves filled with them. However, what always amazes me is how easily and effortlessly we learn outside of the traditional “textbook and classroom” methods.

Today was a perfect example of getting outdoors for education and combining two grades. Sofi is in 4th grade* so we are doing some exploration of our local history and geography (part of the Waldorf Earthschooling Curriculum for 4th grade). Sunii is in 6th grade so we are working through some geology this year. Instead of preparing two lessons and telling them about these topics I took them both to the Rockford Devonian Fossil Park today to hunt for fossils. This is one of only three fossil collecting sites in the entire nation. 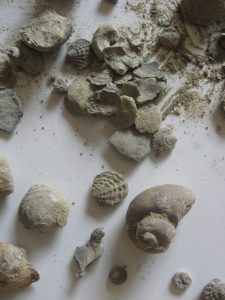 During this trip we learned that Iowa used to be under water – about 650 million years ago, we were able to “see” how the pressure of the ocean created fossils out of the dead sea creatures that inhabited the bottom floor and we were able to “go back in time” and actually see, touch and collect these fossils. I was also able to link a vacation the kids took two years ago into their earthschooling experience once again. Two years ago they went snorkeling with their father in the Red Sea. They were able to envision what this ocean floor might have looked like 650 million years ago because they had seen the modern version of coral and a sea floor. 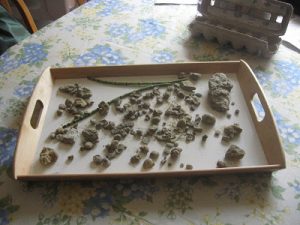 We came home with a wonderful collection of Devonian fossils, a new appreciation for where we live and a deeper connection with the earth. And not once did I hear a complaint about a “boring” lesson or “do we HAVE to do this work”? They actually thanked me for taking them! Although it was me that had to be dragged away after everyone else was done. I still wanted to stay for two more hours!

*This is part of our “back in time” project moving some of our most popular posts from our old blog to our new one at the request of many members.