You are here: Home / Nature Walks / Stages in Waldorf Education 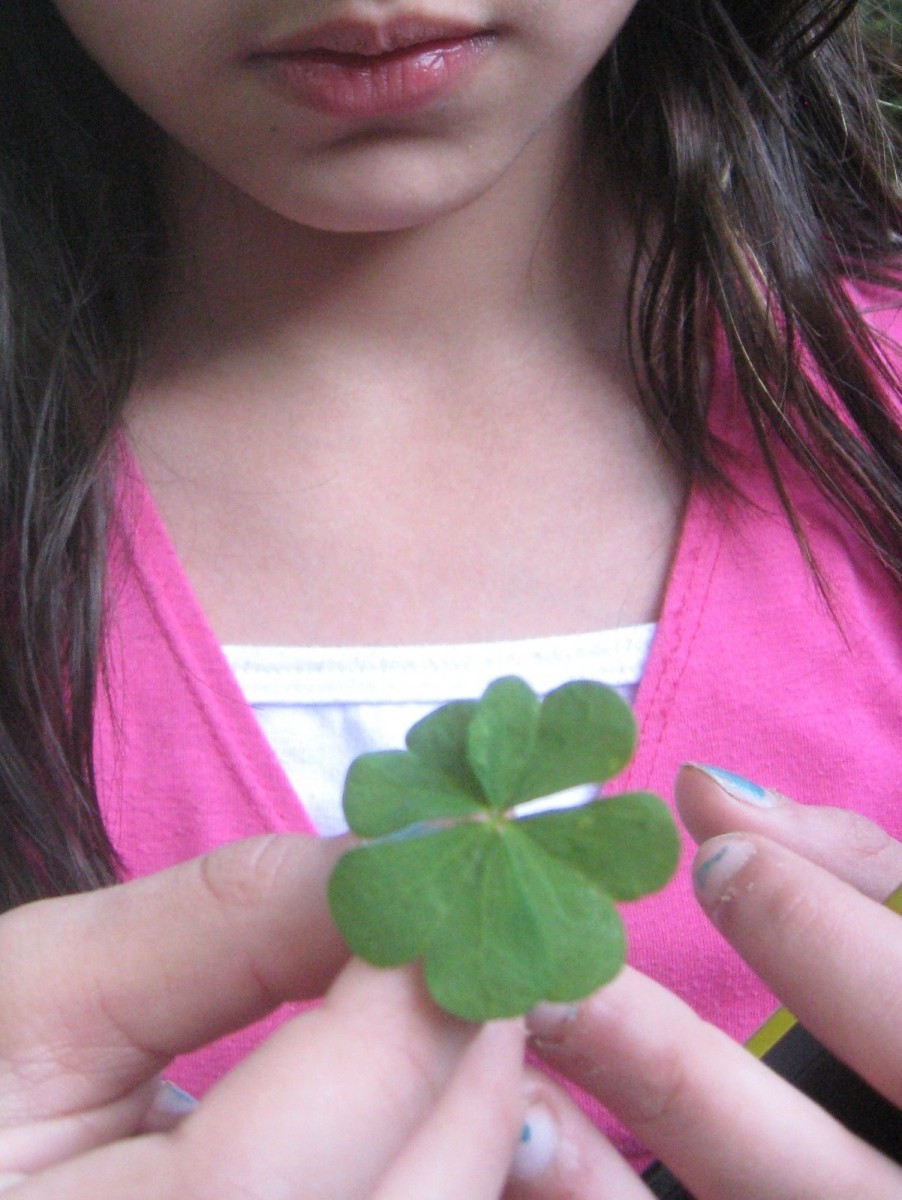 Sofi is ten*. She is in that age where she is exploring her individuality and her place in the world. She still sees the world as a place to create and looks at everything through this point of view. Mosi, my eldest, is 14. She is at the stage where she is asserting her view on the world and has already lived through a couple years where her logical thinking has been developing. She now sees the world through more “logical” eyes. (You can find more details about ages and stages in our free Waldorf 101 class)

So, anyway, the incident that brought this to the top of my head last week was a little four leaf clover Sofi found. She was so excited about it. It was the first one she had ever found (I had never found any in my life before this). In the past she would have been excited about her fairy leaving her something magical. However, as she is exploring her own individuality her response this time was that perhaps it was she that had some special power to find four leaf clovers.

Sigh…my little girl is growing up!

However, the “growing up” part of little girls was even more clear when we posted a picture of the 4-leaf clover to her sister (who was away from home at the time) and her response was, “Wow, that must have been created by a recessive gene.”

Typical 14-year-old response! And it was only yesterday Mosi thought fairies were leaving flowers and that perhaps she had some special ability to talk to fairies!

(I still believe we all have that special ability…but anyway…)

So, as each stage passes and I am sad to see it go, I am also reassured by seeing the “map” laid out for me by the teachers and parents who went before me and seeing that they are following the healthy stages they should be at for each age. These guides laid out by Steiner also help me understand my children better in all the stages they are at. They helped me understand that my 2-year old was not ready to clean her own room. They helped me understand why my son is suddenly not wanting the “dream fairy” song anymore, and they helped me with so much more!

*This post is part of our project to merge all of our old blogs with the new one so nothing is lost and everything is in one place. We are 75% done! So exciting!