You are here: Home / Waldorf Books / The Rainbow Fairy Books 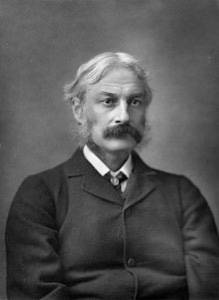 Andrew Gabriel Lang was a prolific Scots man of letters. He was a poet, novelist, and literary critic, and a contributor to anthropology…Amongst the most famous of Andrew Lang books are The Rainbow Fairy Books, growing from Lang’s interest in myths and folklore which continued to grow as he and Leonore travelled through France and Italy hearing local legends. In the late 19th century, interest in the native fairy tales of Britain had declined and there were very few books recounting them for young readers. In fact fairy tales and magical stories in general were being attacked by some educationalists as being harmful to children. It was to challenge this notion that Lang first began collecting fairy stories for the first of his coloured fairy books, The Blue Fairy Book.

The Wisdom of Fairytales from Waldorf 101

The Wisdom of Fairytales

Storytelling in the Waldorf Inspired Classroom

Storytelling in the Waldorf Inspired Classroom

Ask a Waldorf Teacher: How Can I Share Cultural Stories?

Ask a Waldorf Teacher: How Can I Share Cultural Stories?

The Princess and the Pea

La Princesa and the Pea: Hardcover